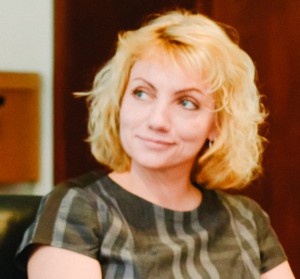 Regional Public Organization “AIDS Infoshare” was founded in 1993 in Moscow by a group of proactive specialists from different areas who were concerned with the rapidly spreading HIV/AIDS epidemic.

In the course of the twenty years of work “AIDS Infoshare” transformed from a local organization consisting of three people dedicated to educating and spreading information among the general population into a regional actor that counts now about 50 people including non-personnel and invited experts. These highly skilled professionals combined their efforts and expertise to reduce the impact of HIV and AIDS in the region of Eastern Europe and Central Asia.

Our main goal was and still is the support of HIV/AIDS response at all possible levels and with all available means. Therefore, principal activities of the organization are aimed at preventing dangerous viral infections, protecting public health and human rights, providing technical assistance and services needed to support efficiently functioning projects of non-profit organizations, communities and concerned groups of citizens in the region. In addition to that, “AIDS Infoshare” promotes the subject of dangerous infectious diseases at regional and international political forums.

Our efforts during all these years are reflected in the achieved goals and tangible results from dozens of projects and programs implemented on a qualitatively high level. We provided social services to people living with HIV and their families; we collected and disseminated databases of organizations and experts working in the field of HIV/AIDS; we ran informational resources, published magazines, brochures and manuals on HIV/AIDS/STIs; we developed trainings and seminars for non-profit organizations and healthcare professionals; we provided pre- and post-test counseling on HIV/AIDS and worked with the most vulnerable groups including sex workers and men who have sex with men (MSM); we conducted research and formulated recommendations for state institutions and organizations.

In 2010, “AIDS infoshare” with the support of various Russian NGOs initiated a unique mechanism of interaction between civil society representatives and government officials on the global agenda – a work group of Russian NGOs. The main objective of the group is the development of recommendations reflecting the positions and interests of the civil society and their subsequent presentation to the state leaders within the framework of a political dialogue. Since its foundation the group took part in such events as the Group of Eight (G8), Group of Twenty (G20), the International forum on the 6th Millennium Development Goal and the BRICS.